It may come from the Latin word bucca, which gave the Old French word “bouque” (narrowing). This may refer to the nearby river Serein, which narrows at the foot of the hill, and often flooded there in the past. 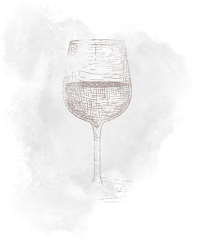 Density of plantation : 5 800 vines by Hectare

– Maturing on fine lees from November to mid April

– Collage and filtration before bottling

– The wine matures in 100% stainless steel tanks to preserve freshness and fruitiness of the wine.

The Grand Cru Bougros is located at the north-western tip of the Grands Crus, on a marked slope facing south-east, the Kimmeridgian limestone soil which has made the reputation of Chablis wines.

West of the hill of Grands Crus, the 15 hectares of Bougros are sheltered from the winds: they extend over a large flat facing South / East on the top and, lower down, on a sloping embankment. more marked oriented to the South. This situation on the hillside is particularly mild and the hours of sunshine are intense. If the Bougros soils are naturally well drained, the particular configuration of this Climate is also revealed from a geological point of view: on the coast, the soils remain quite poor, on the other hand on the flat, in the upper part, they are more deep, more clayey and more marly.